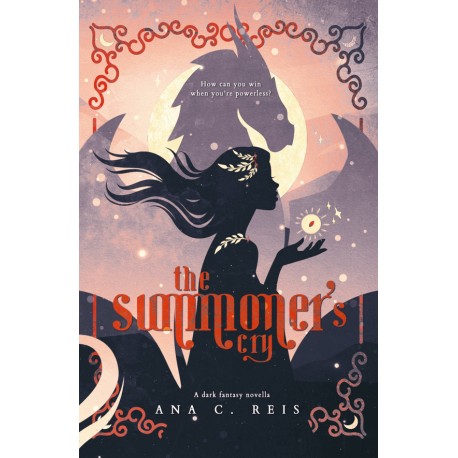 A powerless Summoner. A cursed Witch Lord. A clash of demons and magic.

A powerless Summoner. A cursed Witch Lord. A clash of demons and magic.

After a failed coup against Witch Queen Lilith, rogue Witches Lau and Adam have no choice but to flee and hide. Crushed and surrounded by enemies, the pair arrives at Latis, a peculiar island brimming with strange tales of the supernatural, where they hope to find Adam's long-lost grimoire -- their only shield against Lilith's wrath.

Rendered powerless after sealing a dragon Spirit in Adam's flesh to save his life, Lau struggles with loneliness and resentment. Helpless and doomed to live forever in a child's body, Adam seeks to make peace with a spell he has no strength nor skill to undo.

Once allies in an ancient war, Lau and Adam start drifting apart. But when a dangerous visitor sets foot on Latis and the grimoire is nowhere to be found, the two estranged Witches must work together if they want to save themselves and the lives of the townsfolk they've come to love.

Inspired by the show 'Supernatural' and 'Howl's Moving Castle', The Summoner's Cry is a nerve-racking dark fantasy tale rooted in modern times with razor-sharp dialogues, vibrant descriptions, and dark cottagecore aesthetics. The perfect read for fans of the reluctant hero, found-family, and enemies-to-allies-to-lovers tropes.

Ana C. Reis is a dark fantasy writer. Born and raised in Portugal and currently based in Strasbourg, France, a city borrowed from fairy tales filled with magic, impossible beauty, and warm cinnamon wine. She has a PhD in Biotechnology and a Masters in Science Communication. By day, she works as a science writer and web marketer, and by night, she's busy plotting her next book or planner for her shop. The Summoner's Cry is her first work of fiction published in English.