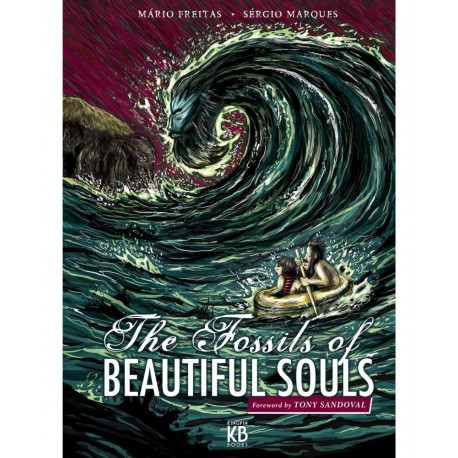 «Here in the Adraga beach, far from prying ingrate eyes and near the cradle of The Beholder, the erosion of the years turned immaterial ideas into real fossils.»

On a sunny day at the beach, Samuel tells his children the forgotten legend of The Beholder, a magnificent behemoth created by King John II of Portugal, in the Golden Age of late 15th Century’s world-mapping navigators. But what was the true purpose of one of the greatest visionaries the world has ever known and how did the frightnening myth of the giant Adamastor fit the plot? Featuring a preface by “Doom Boy”'s Mexican creator Tony Sadoval!